Amidst the wave of change from digital transformation initiatives, business leaders across industries remain focused on ways to improve their bottom line. For the majority of organizations, this takes shape in two ways: increasing revenue through new customers, products or services—and/or decreasing capital and operational expenses. It doesn’t take an MBA to do the math here: Higher revenue and lower costs equal better margins and greater profits for businesses.

This approach to reducing expenses isn’t something revolutionary, either. It’s the same mentality that led Henry Ford to create a production line for Model Ts in the early 20th century, a concept about to reach peak refinement through modern technology in Tesla’s Fremont, California, production facility.

Business leaders from Elon Musk to the founder of the five-member IT service provider shop down the street share the universal drive to trim expenses; however, not all businesses and executive leadership have the same visibility into their margins.

While the economics are simple, so is the harsh truth: Many businesses don’t have a sufficient grasp on operational costs. This stems from two mistakes: a reliance on estimates rather than solid, proven numbers and the inability to get granular with respect to each part of service delivery.

While leadership may be able to field questions around service delivery costs, the answers offered are often approximations rather than hard figures. They might be based on what the traditional cost of a service has been or general aggregate over the last year. Maybe it was the cost of the last job completed. Regardless, when pressed for exact figures, the conversation stops abruptly. Under the best circumstances, it produces a final estimate—which is just that—an estimate.

With dozens of variables contributing to that end service delivery cost, a granular breakdown of that delivery is crucial. It’s nearly impossible to identify areas of waste and inefficient processes (or people) by only measuring the end cost. For businesses to get serious about shaving dollars off the cost of goods sold, they first must improve visibility into the entire workflow.

To capture operational costs, businesses must organize their existing processes and approach their service offerings on a task-by-task level. In addition to increased visibility throughout the organization, this also helps improve overall service delivery. Documenting standard operating procedures (SOPs) allow services to be delivered more consistently across the entire business, which helps improve customer satisfaction while curbing errors – steep indirect costs that can derail margins on the total cost of goods sold for that service.

Consistency lends itself to predictability, too. Providers can begin to design services around costs, effort and service-level agreements (SLAs). Suddenly, that final cost estimate starts to look less like a guess and more like an accurate assessment of expenses.

Better resource allocation is another byproduct of a well-documented service provider shop. A more granular, process-based approach allows organizations to measure inefficiency among their teams, identify high performers and match tasks with the appropriate talent. By getting granular with their organizational efforts, businesses establish a bottom line against which they can begin benchmarking costs and refining estimates.

Cleaning up documentation won’t help businesses cut expenses unless this new knowledge is acted upon. A first step towards optimization is recognizing which workflow tasks require the greatest amount of resources from the team. This perspective will point out opportunities to improve people, process or profitability.

With clear visibility into business processes, indirect costs such as time-intensive manual tasks or poor individual performance quickly rise to the surface. By analyzing service delivery at this level of granularity, businesses can monitor and adjust processes to improve performance, consistency and customer service.

Returning again to resource allocation, optimization here means a match between talent and task. Senior, junior and specialist team members all have very different skill sets, yet this isn’t always evident within a project or ongoing service team. Aligning the right people to the right parts of the workflow yields the highest returns on that service since labor costs for senior v. junior personnel vary greatly.

Improving resource allocation also has positive returns on job satisfaction. Employees want to feel empowered and appropriately challenged, and those who feel as much are more likely to be motivated and help reduce turnover rates—another large, indirect cost to service providers.

The bedrock for automation

Organizing and optimizing service delivery positions providers to reach higher levels of profitability while simultaneously laying the foundation for successful automation implementation. The livelihood of these providers over the next three to five years will depend on their ability to move from project-based work to ongoing managed service offerings that generate monthly recurring revenue. It will also depend on their ability to create their own intellectual property (IP) around the services they are delivering.

Automation is the path to producing and increasing an organization’s IP, ultimately enabling them to scale. However, automation relies on a solid base of documented processes and optimized workflows. Focusing efforts to organize this documentation and increase visibility into existing processes ensures businesses are ready to harness to the power of automation.

This article originally posted on InfoWorld.

At BitTitan we’ve been empowering IT service professionals to successfully deploy and manage cloud technologies through automation for over a decade. Sign up for a FREE BitTitan account today to access our products and services. 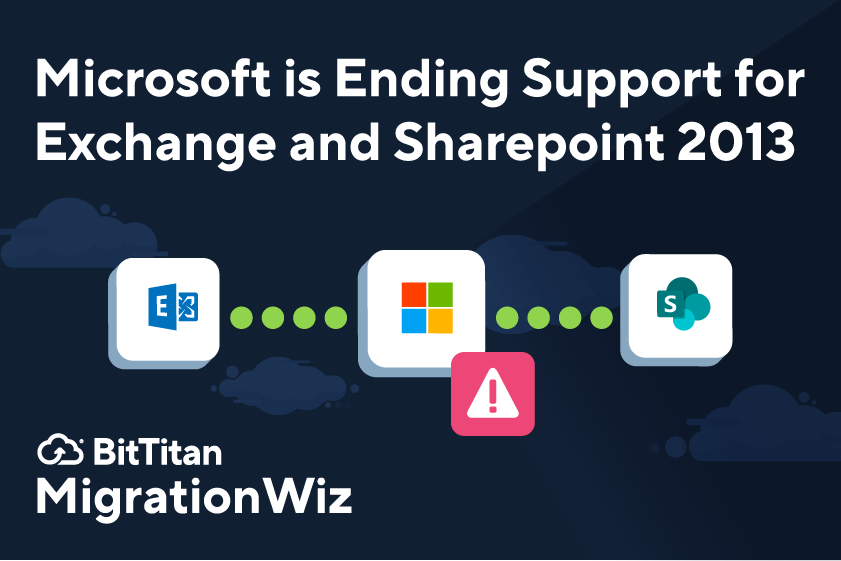