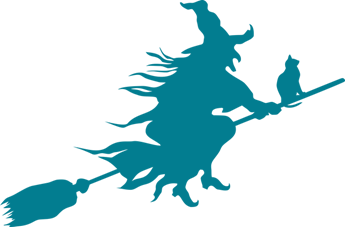 Happy Halloween! Or is it?

We share a lot of success stories here. We love to focus on new ideas that help MSPs and bring them to life.

But great ideas solve problems and we’ve heard a lot of scary stories that pointed us to problems faced by the IT community.

Instead of Trick or Treat we’re going to share the ones that shook us most.

Grab a blanket, check on your server, change your passwords, and backup your data!

All names have been changed to protect and respect the identities of the victims.

It was supposed to be a normal job. Migrations aren’t a big deal when you do them hundreds of times and John only needed 20 mailboxes migrated. Easy enough.

With such a small number of migrations, this was work that could be done closer to the weekend. So, John handled this the way any MSP would. He let the client continue their business and once they had closed up shop, settled in for what he figured would be a routine migration and some easy success.

It’s not that things went wrong after going right for a while; they were never right in the first place.

The first attempted migration failed. “Sh*t luck,” he thought, but whether it was him or the client, he just had to figure out why the mailbox wasn’t migrating and he’d be on his way.

Soon enough, he realized that importing outlook PST files that was causing the problem. But John couldn’t get past that.

Over and over again, migrations failed. In his effort to solve the problem, John missed the warning signs. Red eyes, dehydration, incoherent speech. Voices gave him troubleshooting suggestions…

Five hours later, then ten. The next time he looked away from the screen, it had been 16 hours.

He misunderstood the time, not noticing AM or PM. He though it had only been four hours, so he kept going. John had fallen victim to migration madness. He couldn’t eat, sleep, or leave until the project was over. He just couldn’t.

40 hours later, the voices stopped. The work was done. Coming to his senses, he called the client and let them know their mailboxes were ready.

The client – with no understanding of John’s brush with madness – paid him $200.

This story scared us so much, we were motivated to develop a cure for migration madness. With dedicated teams and former survivors, we built MigrationWiz.

We hope you never face this IT horror and have a Happy Halloween!