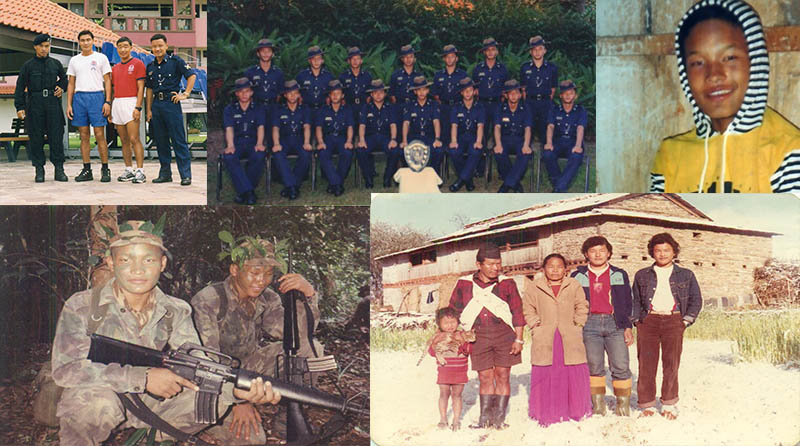 Humans love storytelling, be it through a play, a novel, or a well-delivered joke. Even in this age where touchscreens and other technologies dominate our attention spans, few things are able to captivate and teach more effectively than a good story.

The May speaker for our new TitanTalks series, Tilak Paija Pun, has traveled one of the more remarkable roads to BitTitan.

Raised in a remote village in Nepal, Tilak shared with us his incredible journey from his upbringing in this community to his training as a Gurkha recruit and eventually a member of the prestigious Gurkha Contingent. While no summary of that tale can do its telling justice, what follows is a recap of an extraordinary hour here at BitTitan last month. 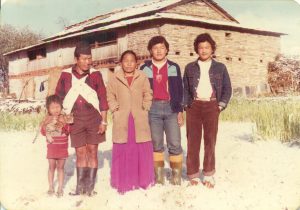 Tilak (far left) with his two older brothers and parent

Growing up in a small community in the shadow of Mt. Dhaulagiri, Tilak’s village was entirely self-sufficient, turning to hard work and dedication to make a living off the surrounding land. Tilak remembers a community “rich in kindness, love, compassion, and peace of mind.”

Despite these commitments, Tilak recalls finding time to enjoy life the way many teenagers do: through sports. He drew many lessons from the competition, including the idea that “when you enjoy doing something and you do it every day, you get better.” A one-hour hike to school may seem long to those who enjoyed the benefits of a public bus system, but for Tilak, it represented a ripe opportunity to skip school and fuel a volleyball rivalry with another nearby village. While life seemed carefree for Tilak and his friends, like most teenagers, that reality was about to change entirely. The group responsible for that change? The Gurkhas. 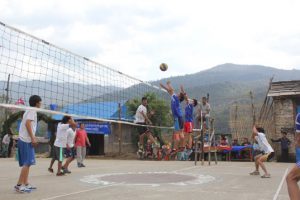 Tilak returned recently to his home village, where the volleyball courts have improved since he last played a game.

“It is better to die than be a coward”

A bit of history for the uninitiated: During the Anglo-Nepalese war in the early 1800’s, Nepalese forces pushed British troops back, eventually ending the conflict in a peace treaty. Impressed by the bravery and loyalty of the Nepalese forces, the British welcomed early “Gurkhas” to fight alongside their forces in battles. When the British eventually left India, six of their ten Gurkha regiments remained to serve with the Indian military and the other four remained as part of British Army. Gurkhas have continued to comprise part of the British fighting forces for over 200 years, in addition to composing a contingent of the Singapore Police Force since 1949. 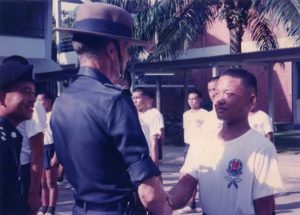 Tilak greets one of the officers during boot camp.

Gurkhas returned to villages such as Tilak’s where they grew up with gifts and stories from their time abroad. Tilak’s father had dreamed of becoming a Gurkha but had been rejected due to a finger that he had lost while chopping a pumpkin. What once was his father’s dream became his; at 15 years old, Tilak was the youngest member of his 100-man Gurkha recruit group.

Some quick numbers to illustrate how difficult it is to be accepted into the Gurkhas: 30,000 young people apply to enter the three-stage boot camp. The odds of making it through all three stages? 1 in 100. After making through the first two stages, Tilak spent a month enduring a series of physical and mental tests alongside hundreds of other potential recruits. One of the toughest physical fitness tests required potential recruits completing a 5-kilometer uphill race in 50 minutes carrying a load of 75 pounds. To some extent, his upbringing in the village had prepared him for such tough physical fitness tests but he mentioned that there was also a mental component to completing the race: “If your mind gives up, your body gives up.”

Against odds that bested many, Tilak completed these early stages and was selected for the next phase of training in Singapore. Before boarding his connecting bus to Katmandu, Tilak’s mother gave him a flower and a piece of advice that sticks with him to this day: “Be like this flower that everyone likes and appreciates. Stay away from alcohol, gambling, smoking, and womanizing.” Unbeknown to Tilak, who thought the last month of boot-camp was an accurate taste of military life, it was just beginning.

“No creases on your bed. Even if a fly tries to land, it should slip and fall”

When Tilak arrived in Singapore, he endured his greatest tests. Gurkha recruit instructors, unlike the recruiting officers back in Nepal, swore, pushed, and demanded perfection from Tilak and his peers. Tilak remembers “always racing against time” while going through jampacked training days. Through long military drills, he remembers learning the value of patience and the will to get things right not just once but consistently as he and his peers were made to repeat the same drill over and over again until every member of the group got it right. It never took Tilak more than a minute to fall asleep after these long days of training.

Like any good story, there were trials and triumphs. One of Tilak’s biggest trials in Gurkha recruit training came during swim tests. Having never swam in his life, Tilak sank straight to the bottom of a deep swimming pool. With the help of an instructor (and a much shallower pool), Tilak learned how to stay afloat and swim well enough to continue through the Gurkha tests. 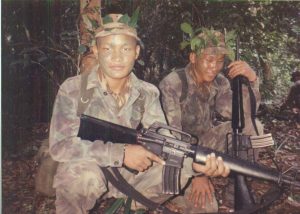 Tilak (left) with a fellow recruit during a jungle training exercise.

While swimming wasn’t his strongest area, Tilak was naturally gifted at another part of his training: marksmanship. At 100 meters away from targets, Tilak put his first five rounds in a 43mm spread – an impossibly accurate task for many seasoned marksmen, let alone a 15-year old firing his first shots. Tilak continued to practice his marksmanship throughout training, becoming the only recruit to achieve marksman status in all four different weapon classes. (Editor’s note: Tilak is also a phenomenal bowler, scoring in the 220’s during the last team outing with a series of precise, soft, and terrifyingly straight rolls applying skills which may have been drawn from his talents as a marksman. You’ve been warned.)

The lesson of teamwork, which Tilak had a taste of from his younger days on the volleyball court, was reinforced throughout Gurkha training. The group succeeded and failed together. They were punished together – including a time Tilak succumbed to his fatigue, fell asleep and “lost” his gun, which made its way into the hands of an officer. During his last physical test, Tilak and his comrades carried 16-kilogram bag on a 16-kilometer run in full gear, which they were required to complete in under two hours. Tilak remembers this being one of the more difficult tests in his training and it helped him develop a quiet confidence: “when the going gets tough, keep going and you will succeed!”

Following this test, Tilak and his fellow recruits became full members of the Gurkha Contingent and began their official service, which for Tilak would last for the next eight years. 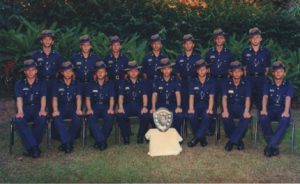 Tilak (front row, third from left) at graduation, the final step before becoming a full member of the Gurkha Contingent. 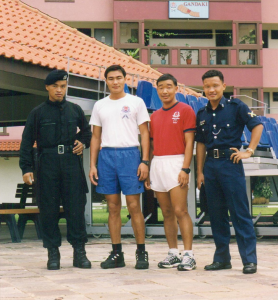 Tilak (right) as a member of the Gurkha Contingent

Post-graduation, Tilak continued to excel at shooting, representing the Gurkha Contingent in competitions against other branches of the Singapore Police Force. The lessons he learned from training and the contingent – razor-sharp focus, discipline, persistence, and resilience – have followed him his entire life, including his educational pursuits. He began teaching himself English, science, and math, eventually earning a GCE O Level certificate from Cambridge before retiring voluntarily to pursue higher education in the United States. After a brief stint at the University of Idaho, Tilak attended the University of Washington and earned a BS in Computer Engineering before pursuing an MS in Computer Science from Seattle University, which he completed in 2015. Throughout his life, Tilak has applied his Gurkha values to each and every project he takes on, be it his own education or his integral role here at BitTitan as a Senior Software Engineer.

I’ll end as Tilak did. There’s a connection between learning and opportunities: “what doesn’t kill only you makes you stronger.” 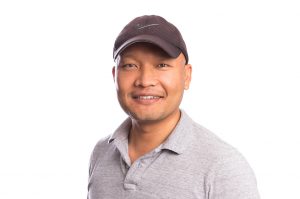 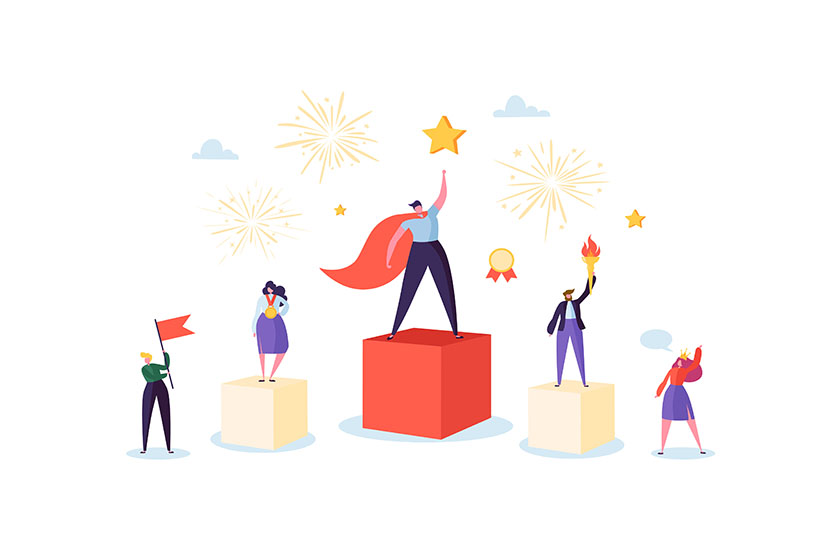 Celebrating BitTitan Finalists in the Women in ICT Awards

The Channel Asia Women in ICT Awards 2021 have been announced, and BitTitan would like to congratulate all the inspirational winners and finalists from a diversity of companies and countries. We’re humbled by the amazing work women are doing in all aspects of...